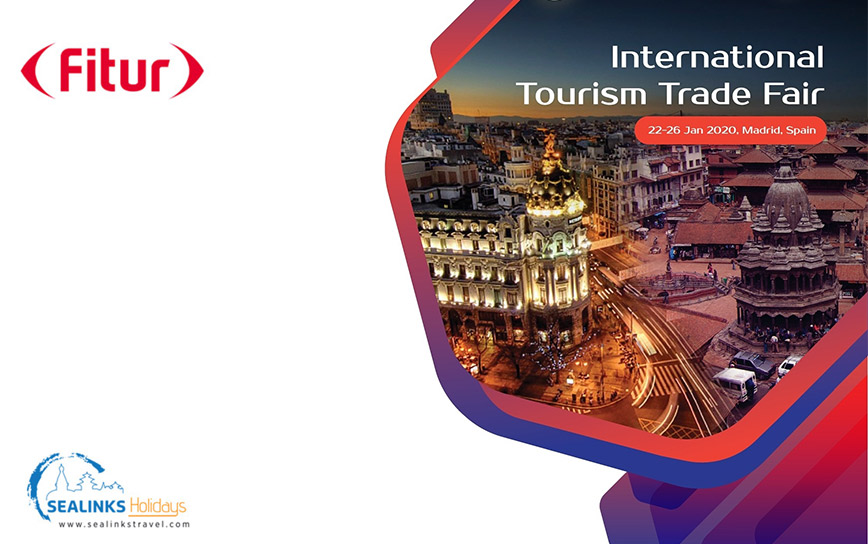 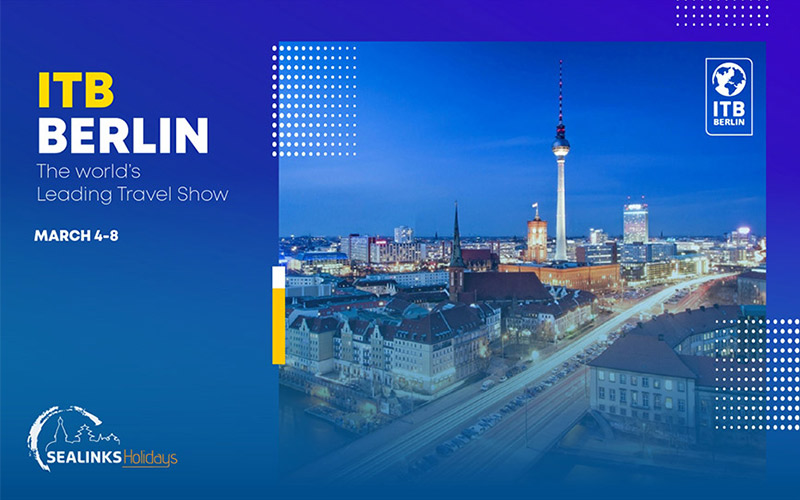 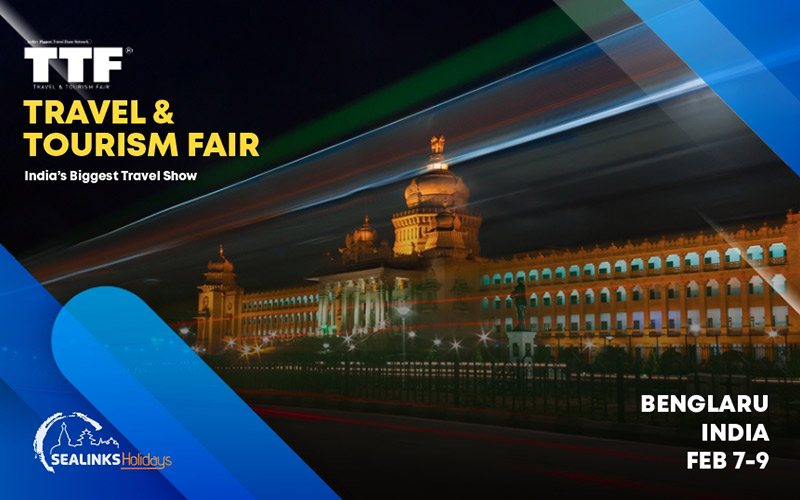 The Best of SRI LANKA

Touch down in the paradise isle and hit the coast right away! Head to Colombo, the Capital city of Sri Lanka. See the biodiversity in wetland from your boat and then know how the Turtles are been conserved at hatchery. Identify the colonial structures and architecture in Galle. Then Enjoy the Sun & Sand on Unawatuna beach. Experience a city tour in Colombo & buy few memorabilia for your loved ones at home.

Madu River – 915-hectare Madu Ganga Estuary is connected by two narrow channels to the Randombe Lake, forming a complex wetland system encompassing 64 mangrove islets. In the year 2000, International Union for the Conservation of Nature (IUCN) undertook a detailed biodiversity survey of the region & revealed the existence of no less than 10 major wetland vegetation types supporting over 300 plant species & 248 species of vertebrates. This remarkable diversity has led to its being classified under RAMSAR Convention on Wetlands in 2003.

Turtle Hatchery - Where you can see five species of turtles-Green Turtles (Chelonia mydas), Hawksbill Turtle (Eretmochelys imbricata), Loggerhead Turtle (Caretta caretta), Leatherback Turtle (Dermochelys coriacea) and Olive Ridley Turtle (Lepidochelys olivacea). The eggs collected by the Villagers and Fishermen are purchased by the Kosgoda Hatchery and kept in sandy pens until they are hatched. The newly hatched ones are kept in seawater tanks and released to the sea in the night. This Hatchery alone has released more than 1,750,000 young turtles to the sea. An endowment by the Hasselblad Estate was responsible for the establishment of this hatchery.

Bentota - The name of the town is derived from a mythical story which claims a demon named 'Bem' ruled the tota or river bank. Bentota is famed as the prime beach resort of the south-western and southern coastal belts of Sri Lanka. South of the city of Colombo, The Beruwela Bay Beach that is found just before reaching Aluthgama at Bentota Bridge and Bentota Bay Beach just over the bridge are the most popular twin beaches along the coast. The coast towards the further South too is replete with lovely tropical beaches making it ideal for a perfect beach holiday with the sun and sand. Possible Water Sports in Bentota; Windsurfing, Diving, Wave Surfing/Body Boarding, Jet Ski, Banana Boat Ride, Donut Boat Ride, etc.....

Galle the beautiful colonial town along the Southern Coast of Sri Lanka is a city that cannot be missed. Galle is popular for the 300 year old fort, a UNESCO World Heritage Site. The 36 hectare fort was built by the Dutch in 1663, surrounded on three sides by the ocean. The streets within the fort are crammed with colonial remnants from the Dutch clock tower, Reformed church and the commander’s house to the British coat of arms on the outer wall. You can enjoy the beautiful colonial architecture; visit the Galle Maritime Museum, the Galle lighthouse, Bodhi tree and the reclining Buddha Statue in the temple. Unawatuna is situated in the Coastal belt of the Galle district. There are many hotels along the beach and many tourists can be seen swimming, snorkeling and surfing during the day. It’s a popular spot for scuba divers as wrecks of sunken ships are found about 20 to 30 minutes away from the coast. Turtles wade ashore to lay their nests and eggs and these eggs are preserved by the Turtle hatchery and released to the sea once they hatch. Colombo - Although reclaiming its 19th-century moniker 'the garden city of the East' is unlikely, Colombo is rapidly emerging as a must-see stop in Sri Lanka. No longer just the sprawling city you have to endure on your way to the southern beaches, it has become a worthy destination in its own right. The legacies of colonial Colombo's garden roots are still very much intact along its often shady boulevards. Fort is in the midst of widespread historic restoration of its landmark colonial architecture, while Pettah brims with markets and rampant commerce. Even traffic-clogged Galle Rd is getting spiffier with glossy new hotel complexes, while the seafront benefits from new roads that are spurring hotel construction. Colombo’s cosmopolitan side supports ever-more stylish eateries, galleries and museums. Surprises abound in its old quarters where you can find great local food and discover a characterful shop or tiny, convivial cafe. The capital is an excellent start – or finish – to your Sri Lankan adventures. When shopping in Colombo, your options are anything but limiting. From modern, air conditioned malls to the famously buzzing street markets, there's something for everyone. Knowing where to go is the key to getting the best out of Sri Lanka's shopping haven. Colombo itself has a fair share of shopping malls and department stores. With everything from the latest pair of shoes & designer jewelry to mobile phones and electronic items, Colombo has an exhaustive variety of things to buy. The Dehiwala National Zoo, which has a remarkable collection of exotic and indigenous fauna, is one of the oldest Zoos in Asia. The Zoo in Sri Lanka is widely known as Colombo Zoo all over the world. Currently, Dehiwala Zoo houses 72 species of Mammals, 65 species of Birds, 31 species of Reptiles, 89 species of Fish, 03 families of Amphibians and 30 species of Butterflies etc. The total number of animals varies from 2500-3000 due to breeding and free living colonies of birds. Dehiwala Zoo has become famous among the visitors not only for collection of local and exotic animals but also for landscaping with lush greeneries. The Zoo supports and promotes conservation by breeding certain rare and endangered species through proper animal welfare. Annually, over one and half million local and foreign tourists visit the Zoo. And over 2000 students and groups of students from schools and universities visit the Zoo for educational purposes. These shows will be performed usually in the Afternoon time (14.30 – 17.00). All Shows are subject to cancellation and time frame changes as per the decisions of Managemnet of the Zoo.

Malaysia is one of the busiest country known for colonial buildings, busy shopping which attracts the tourist.

Sealinks Travel has exclusively designed Best of Bali Package Tailor made packages. Experience the best of Bali culture and beaches.

Do I need Visas in Nepal

SeaLinks travel is the place I have been going to for many years. Whether I needed a domestic or an international tickets SeaLinks is the place, why you ask? because they have a very reasonable price!! Even if you live overseas, you can always trust them to give you the best service. So I absolutely recommend you to contact SeaLinks if you want to travel a location and would like a traveling package for cheaper.

Sea Links Travels and Tours, the company has since then taken quantum leaps to become one of the leading travel agencies in Nepal. Since the inception of the company, commitment to innovation and excellence in quality of services has been the hallmarks of the company.